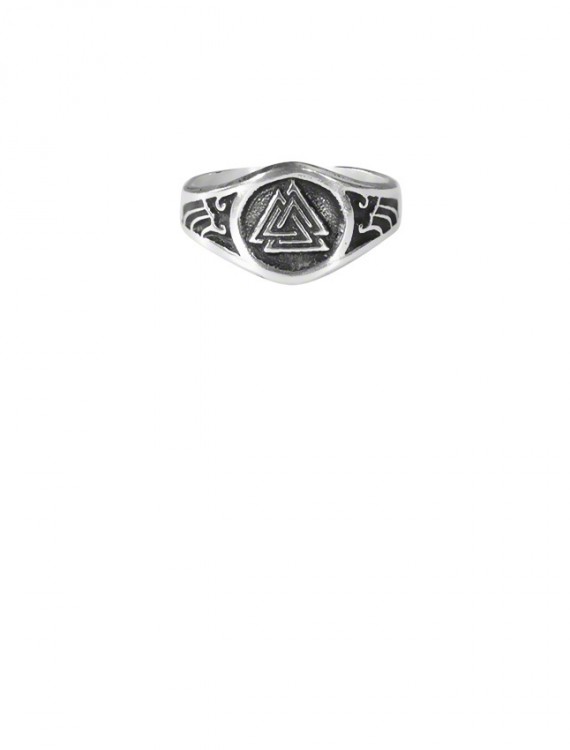 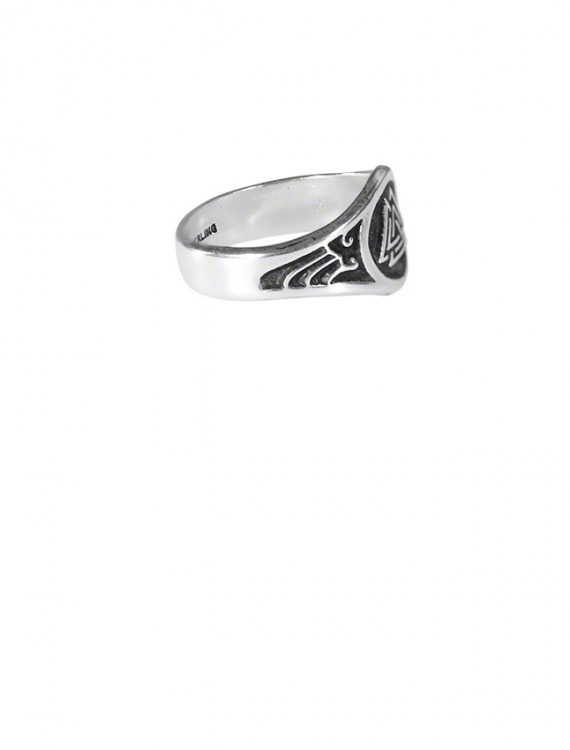 This design is a combination of Viking Norse symbols associated with the Allfather God Odin; Ruler of Asgard.

The central triangles are called “The Valknut, The Knot of the Fallen”-a Sacred Symbol to Odin, King of the Nordic Gods. This Magical Knot was self carved into the breasts of wounded Viking Warriors so their Souls would be carried, by the Valkyries, to Valhalla, the Heavenly Meeting Hall where the heroes would feast with their Gods forever. Norse legends harken back to a long forgotten age where…”Life was considered the ‘battlefield’ of the Soul, and to triumphant one had to overcome the forces of darkness in one’s own life, allowing the Spirit to shine.

Surrounding the Valknut is a ring with 9 points, symbolic of Odin’s Magic Ring. Nine is described in ancient Norse texts as a Magical Number, a number of Grand Cycles, and Completion and Closure, This Magical Ring was laid on the funeral pyre of Odin’s son, Baldr (the sun), and represents Reincarnation.

Designed by artist Kano Diebitsch, this pendant leads the wearer’s Higher Self to victory over darkness, and to balance the triple triangles of mind, body, and spirit bringing resurrection and rebirth.
.
Also available in 14K  gold. Please contact us for pricing.

° Made in the USA