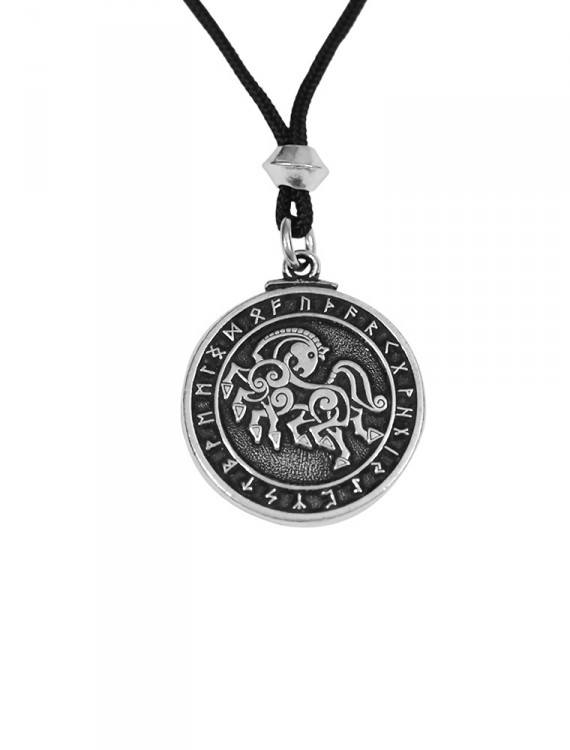 The Viking God Odin has several Shamanic Spirit Guides which include the Valkyries, Odin’s Ravens and Odin’s Wolves all of which can probably be classified as Fylgjur- supernatural beings which accompany one to their Fate or Fortune.

One of the most Magical is the 8-legged horse, Sleipnir, the swiftest Horse in the world. Sleipnir [meaning “smooth” or “gliding”] is no ordinary horse: Having 8 legs his speed is greater than any other horse, yet his ride is exceptionally smooth. It is believed that Sleipnir could be ridden over the Sea and through the Air.

Odin rides Sleipnir on his frequent journeys throughout the Nine Worlds, which are held in the branches and roots of the Viking World-Tree Yggdrasil. Amusingly, Sleipnir was the offspring of the Trickster God Loki who had once assumed the shape of a mare to help the other Viking Gods trick the Frost Giant Hrimthurs into building an immense wall around Asgard.

The All-Father God Odin is associated with Healing, Knowledge, Battle, Sorcery, Death, the Gallows, Royalty, Poetry, Frenzy, and the Magical Runic Alphabet, and is the husband of the Beautiful Goddess Frigg: Norse Goddess of Love and Fertility. Friday is named for her.

Possess this Magical Amulet and feel the Magical Power of your Horse Spirit Guide.

° Comes with a 36″ cord, pewter bead and booklet