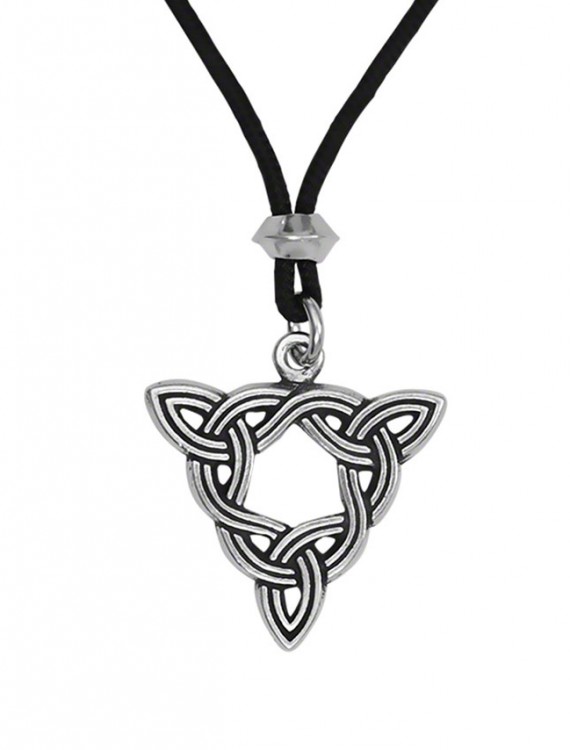 Brigid’s Knot is named after the Celtic Triple Goddess Brigid. Her name is spelled in many ways; Brighid, Brigit, Bridget, Brigid, and Brid. The Irish pronunciation is (Breet). Brigid was the most beloved Celtic Goddess of her Pagan followers. She was the daughter of “The Dagda” the great father-god of Ireland. In Greek Mythology, the triple-goddess symbolizes maiden, mother and crone, or the three stages of a woman’s life. Brigid is called a “Triple-Goddess” because of her three distinct groups of attributes. Celtic myth tells us there were three sisters, all named Brigid, who later became known collectively as “The Goddess Brigid”. As a sun Goddess, she is a powerful, strong, and active force. She is the “Fire of the Forge” goddess of metal-smithing and craftsmanship; “Fire of the Hearth”goddess of Healing, Fertility, Family, and Childbirth; and “Fire of Inspiration” goddess of poetry, wisdom, and culture.

Brigid came into being at daybreak, rising into the sky with the Sun, beams of fire flowing from her head. She brings gifts of light through, inspiration, knowledge, and healing. In Druid Mythology, it’s said that the infant goddess was fed with milk from sacred cows and whereupon she walked, flowers and shamrocks appeared. We celebrate this Goddess on the feast day known as, Imbolc. At the beginning of February, we welcome the lengthening days and the coming of Spring. We honor the Goddess and her sacred fire; as Healer, to spark and balance our energies; as muse, to spark our creative processes; as metal smith, to spark the glowing forge which enables our crafts to come to light.

Brigid’s Knot was created in honor of this Goddess and Saint. It is made up of three trefoil knots, symbolizing three-as-one. The three knots form into a triquetra, or triangle, representing the triple-goddess. The downward-pointing triangle is a symbol of the female yoni, where all of creation begins. Wear Brigid’s Knot to Honor the Goddess and bring Positive Energy, Harmony, and Creativity into your Hearth and Home!